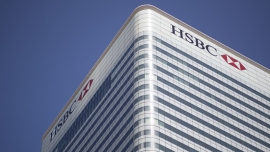 Israel's tax authority will be cracking down on unreported capital, after receiving a list from French authorities of more than 8,000 Israeli customers who held bank accounts at the Swiss arm of HSBC. Israeli newspapers reported that diamond company owners were on the list, along with bank owners and directors, real estate moguls, retired military officers, public and private company heads, well-known lawyers, artists, soccer players, sports agents, a retired judge and a former prosecutor.

HSBC early last year acknowledged "past compliance and control failures" that may have allowed some customers to evade taxes, Reuters reported. Israel's tax authority had been working to obtain the list of Israelis with accounts at HSBC Switzerland since February 2015. Having a Swiss bank account is not illegal in Israel as long as it is reported to authorities and taxes are paid. The tax authority said that it will spend the next few months examining the list of Swiss HSBC accounts and compare it with the authority's records.

The International Consortium of Investigative Journalists (ICIJ), which had coordinated the release of leaked data from HSBC in Switzerland, reported that Israel ranked sixth among 203 countries whose citizens were customers, with 6,554 Israelis holding accounts worth a total of $10 billion. "Getting the list is one of the most significant outcomes of the fight against undeclared capital and it joins the legislative moves and other measures to obtain information on bank accounts and assets held by Israelis abroad," said Moshe Asher, head of the Israel Tax Authority. The authority has offered immunity from criminal prosecution to anyone who reports an account abroad. It has so far received 5,360 requests worth 18.6 billion shekels ($5 billion), according to the report. The tax authority previously arrested 32 people over secret accounts worth tens of millions of dollars held at UBS in Switzerland.