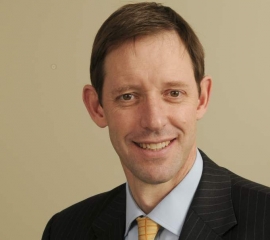 Having taken over as De Beers CEO last month, Bruce Cleaver has spoken about the challenges facing the firm and the wider diamond industry in an upbeat message. "Volatility is the new normal, so the only way we can safeguard our success is to work to ensure effective activities across the pipeline, while continuing to support key areas – continuity of supply, midstream sustainability and downstream demand," he commented in a statement. De Beers is encouraged by its financial results for the first half of this year released last week which he said showed "the actions we took last year [in reducing supply to the market as demand dropped] have succeeded in normalizing trading conditions."

Cleaver spoke about two key projects close to completion that are "crucially important to our own business and the futures of our producer country partners". These include Gahcho Kué, a new $1 billion mine in Canada’s Northwest Terrorities that will be officially opening in the next couple of months, and is "the largest diamond mine under construction anywhere in the world and has been in the making for almost 20 years". It will deliver roughly 4.5 million carats each year over its anticipated 13 year life when it ramps up to full production in the first quarter of 2017. And in Southern Africa, the SS Nujoma is a N$2.3 billion diamond exploration and sampling vessel has been built for the Debmarine Namibia business. With construction completed in Norway, it has set sail for Cape Town for final outfitting prior to it beginning its all-important exploration for diamonds in Namibian waters next year.

Meanwhile, in the midstream segment, the firm began a pilot in De Beers Auction Sales that allows third-party companies to sell certain types of rough diamonds via its online auction platform. "The diamonds sold through this pilot will only represent a limited amount of what is sold on our platform but it gives us the chance to test the strength of demand for such a service." Cleaver also mentioned the launch in March of the International Institute of Diamond Valuation (IIDV) as a full commercial operation in the US for consumers reselling their diamond jewelry. There will also be developments relating to the Forevermark brand this year, including launching a national television campaign in the US during the fourth quarter of the year featuring the Ever Us two-stone diamond collection. "We will also once again put our support behind category marketing to help stimulate consumer demand. I have said before that we need to be unrelenting in driving demand and we at De Beers will certainly be playing our part."