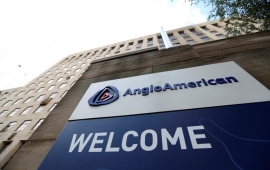 Anglo American Plc, which owns 85 percent of De Beers and is desperately trying to turn around its debt-laden business in the face of a commodity price collapse, reported that its first-half profits plunged 23 percent. Its net debt declined, but was still huge at $11.7 billion compared with $12.9 billion at the end of last year.

Anglo aims to cut debt to below $10 billion by the end of 2016. The century-old firm plans to sell more than half of its mines and exit iron ore and coal to focus on its top assets, diamonds, platinum and copper. Once South Africa’s biggest company, Anglo aims to raise more than $3 billion from asset sales this year to help meet the debt target. The company reported a first-half net loss of $813 million, while sales fell 20 percent to $10.6 billion.