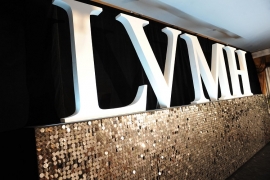 LVMH Moët Hennessy Louis Vuitton, the world’s leading luxury products group, has provided a view of the state of the luxury goods market with its results for the first half of 2016, with revenue up 3% to €17.2 billion. The financial results were in line with analysts' estimates. Organic revenue growth was 4% compared to the same period in 2015. The American market is dynamic, while Europe remains on track, with the exception of France, which has been affected by a decrease in tourism. Meanwhile, Asia improved steadily during the period, the firm said in a statement.

Its watches and jewelry division recorded a 4% increase in revenue to €1.609 billion, however  the unit's profits were unchanged from a year earlier at €205 million. The company said that Bvlgari continued to grow strongly and outperformed the market, while its TAG Heuer unit gained market share.