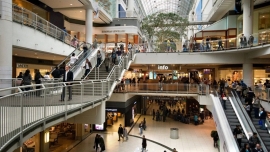 Despite all the talk of the millennial generation and younger people being overwhelmingly digitally connected, a new study in the UK emphasizes the ongoing importance of physical stores in driving retail sales. Of the £313 billion ($410 billion) spent by UK consumers in 2015, £278 billion (89%) “touched” a store through physical sales, click & collect and online sales browsed in store, according to research firm Verdict Retail and British Land. More than that, the survey on shoppers’ behavior also found that the under-35s were using physical stores the most – 81% of sales to 16-to 24 year-olds and 80% of sales to 25-to 34-year olds are made in store rather than online.

The survey questioned 30,000 consumers to measure the role of the physical store in an omnichannel age, identifying factors that influence online shoppers and how they buy across channels, Professional Jeweller reported. Women use click & collect more than men, and engage more with stores overall as part of their shopper journeys, according to the study. And Londoners are more likely to touch a store when they shop compared with the rest of the UK. In addition to underlining the ongoing importance of physical stores, the research reaffirms physical shopping’s role as a recreational and social activity.

Patrick O’Brien, content director for Verdict Retail, commented: “The prevalence of showrooming is resulting in a number of retailers repurposing their physical stores, utilizing them to display products and promote online sales rather than just to fulfill immediate sales. We expect this trend to grow as stores continue to migrate to the showcase model.” Ben Dimson, head of retail business development for British Land, said: “We expect to see continued demand for physical stores from a variety of operators, and this research helps to cement their place within retailers’ plans in an omnichannel age. Even online pure-plays are dipping their toe into the world of physical, taking pop-up space or temporary units. In doing so, they benefit from the ‘halo effect’ that stores offer – generating online sales and strengthening customer relationships.”