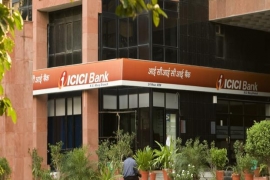 The 100-year-old Indian diamond house and one of the largest in the trade, Shrenuj & Co., has run into trouble as lenders tighten their grip on the group which has survived across four generations, reported The Economic Times last week. Banks - including Bank of India and ICICI - with a combined exposure of around $450 million, have obtained a court order to repossess the company's diamond inventory and restrict the promoters' travel. The Debt Recovery Tribunal, which issued the orders, has restrained Shreyas Doshi, chairman and managing director of the listed company Shrenuj & Co, and group executive director Vishal Doshi from travelling outside India without the permission of the court. Shrenuj faced a cash crunch as a result of last year's downturn in the diamond industry, some of the company's business bets - such as diversification in Africa - have backfired. In the past decade the company set up cutting and polishing diamond facilities in Botswana and Johannesburg, in addition to existing ones in Mumbai and Patna.

Banks do not see the company's problems as one of diversion of funds; instead, they have declared some Shrenuj accounts as sub-standard, meaning loan accounts where interest or principal has remained unpaid for a quarter. Rapaport News has written that Shrenuj & Co. is challenging ICICI's order to seize its assets and restrict the travel of its promoters. They write that ICICI Bank on May 16 appointed a receiver for Shrenuj Far East Limited, the company’s Hong Kong subsidiary which has a $15 million credit limit with the bank. ICICI then pursued an order from India’s debt recovery tribunal to add Indian inventories to the assets that Shrenuj Far East had already given up to the receiver. Shreyas Doshi, chairman of Shrenuj, said, “In its apparent over-enthusiasm, ICICI Bank Limited approached the DRT-III [debt recovery tribunal] in India and sought an ‘ex-parte’ order for attaching all the inventories in India and placing restrictions on the international movement of the promoters. This order was sought on frivolous grounds, far from the factual situation.” Rapaport further reports that Doshi has, "stressed the bank’s action will not impact the company’s current operations but it does jeopardize the rights of the other 18 banks who form the lending consortium in India." The Economic Times does suggest that the banks could throw the company a lifeline if promoters chip in approximately $45 million.