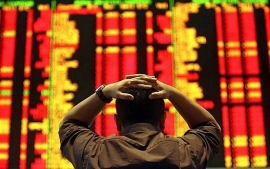 Drawing a worrying analogy between the film The Big Short (2015) - which depicts how everyone took part in the ultimately disastrous play on U.S. subprime mortgages even though the fundamental truth was, or should have been, known to those familiar with the mortgage market - and the current trend in the diamond market, Ehud Arye Laniado issues a warning about ignoring the lessons learned as a result of the diamond downturn of 2015. Specifically, he points out that all of the factors that led to that downturn - such as low demand for polished diamonds, increasing polished inventory and banks exiting the industry due to risk while Indian banks continue to finance the local diamond industry at a level that does not correlate with the manufacturing output of that sector - are still present in 2016, and yet in the first half of 2016, everyone is again acting as if they are not.

Faced with all these difficulties, toward the end of 2015, "The diamond industry returned to the fundamentals - if there is no demand for polished diamonds and no profitability in manufacturing, rough diamond prices and supply, bank barrowing and large inventories should be reduced." And they were. This prudence, however, did not last long. "Despite continued calls for prudent behavior and extending the cautious approach, the midstream of the diamond pipeline quickly renewed large rough diamond purchases in early 2016. This took place despite the knowledge that consumer demand did not improve. In the first three months of 2016, the midstream purchased nearly $3.5 billion worth of rough diamonds. The polished diamonds manufactured from this rough is now on the market, facing selling challenges. The purchasing volumes are low and the prices are not increasing, even declining in several areas. There is no real profitability there either. Nevertheless, fourth cycle rough diamond purchases continued as if none of this was going on."

Laniado warns about the potential for another crisis. "Even though we know all of this and we know what the fundamentals should be, there is still a very large demand for rough diamonds. Will this lead to another crisis in the industry, the same as we experienced just a year ago? Is the diamond industry once again ignoring what it knows about the market, acting as if it is not unfamiliar with the fundamentals, leading the miners down a path of increased rough diamond supply at higher prices, even though we know that is wrong at this time? Don’t we know that what we should really do is not ignore the clear and obvious signs and instead adjust rough purchases and manufacturing to real consumer demand?" This apparent disconnect between what the diamond industry knows and what it is doing prompts him to issue an appeal to the diamond trade: "I’m calling on all diamond pipeline stakeholders to act with prudence. Instead of being carried away by market trends, take a minute to see what is not working right, stick by the fundamentals and act accordingly. Buy only the needed rough at a profitable price and at the required quantities, polish and sell them to the retail sector at a profit."