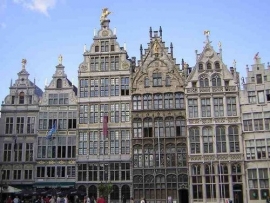 Antwerp's rough diamond trade continued its 2016 surge as the massive gains recorded in March and April held steady and are still trending positive. According to the May figures released by the Antwerp World Diamond Centre, its overall rough trade again climbed 20% in value on a 6% increase in volume compared to May 2015, as Antwerp traded nearly $2.6 billion on 16.1 million carats of rough stones during the month. May rough exports increased over 20% year-on-year in value on an 10% increase in volume, while rough imports jumped 18% in value on just a 1.25% increase in volume compared to the same month a year ago. While the value of rough exports leveled out at +1% over April ($1.28 billion) after its prior major gains, the value of rough imports in May again rose 6.6% to $1.3 billion over the April figures even as volume fell 16%. Still, Antwerp's rough exports for the first five months of 2016 are up 20% in volume and 9.3% in value, while rough imports have risen nearly 11% in volume and 5% in value over the same five-month period in 2015.

Perhaps the biggest news to emerge from AWDC's May figures however comes from Antwerp's polished trade, which bucked the downward trend in value for the first time in a year. Polished exports in May rose 4.5% in value as compared to the same month a year ago, marking the first month of y-o-y growth in polished exports since June of 2015. Meanwhile, polished imports jumped nearly 7% over May 2015, marking the first month of y-o-y growth since March of 2015. Whether this turns out to be an anomaly or trend remains to be seen, as polished exports are still down a modest 6% in value and 8.5% in volume for the first five months of the year. Polished imports are not far behind, down 8.76% in value and nearly 11.4% in volume for the first five months of 2016 as compared to the same time in 2015. Overall, the rough trade in May is still outpacing its polished counterpart, as $2.6 billion in rough goods were traded in Antwerp during the month compared to $2.1 billion in polished goods.