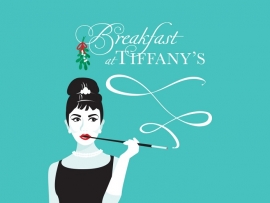 Further evidence of the slowdown in high-end jewelry sales has been provided after luxury jeweler Tiffany & Co reported its biggest drop in quarterly sales since the peak of the global financial crisis, with the strength of the dollar deterring tourists in the United States from buying its jewelry and denting revenue from markets outside the jeweler's home country. Net sales dropped 7.4 percent to $891.3 million – the biggest fall since mid-2009 – missing the average analyst estimate of $915.1 million, according to Thomson Reuters, while profits dropped 16.6 percent to $87.5 million. Tiffany forecast a mid-single digit percentage fall in its full-year profit.

Sales at stores open for more than a year plunged 10 percent in the first quarter in the Americas region from which Tiffany derived nearly half of its $4.10 billion sales last year. Same-store sales in the Asia Pacific region, its second largest market, slumped even more – down 15 percent. Japan was the one bright spot in the quarter, with same-store sales rising 12 percent, partly due to the "dramatic strengthening of the yen" against the dollar. Tiffany has said previously that it is being hit by a fall in Chinese tourists to Hong Kong, which is an important market. Chief Executive Frederic Cumenal said the company faced pressure from lower foreign tourist spending in Europe and Asia, particularly in Hong Kong. Mark Aaron, vice president of investor relations, said: "We continue to assume that results in Hong Kong will be pressured throughout the year."

Meanwhile, Neil Saunders, Chief Executive of research firm Conlumino, told Reuters: "Decline in customer share is evident among most shopper segments, including more affluent households. It is especially pronounced among affluent younger shoppers where the brand is seen as representing 'old world luxury'."