Botswana February Diamond Exports +29% Over 2015, Down From January 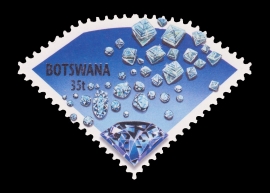 Statistics Botswana reports that Botswana's overall diamond exports rose 29% in February year-on-year compared to 2015, yet its exports worth $493M fell more than 10% from January when it exported more than $550M. Meanwhile, diamond imports fell nearly 21% in February 2016 to $220M compared to $277M in 2015, though they spiked more than 60% over January imports. Statistics Botswana said this increase was due to high value of diamond imports for aggregation. As part of the 2011 agreement between De Beers and government, diamonds mined at the company’s mines outside of the country are brought to Botswana where they are aggregated and sold to sightholders. These imports were mainly from Canada, Namibia and South Africa. Some of these include diamonds that were originally bought from Botswana and were now being sold back to Botswana.