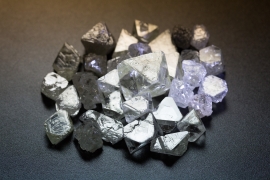 In an in-depth analysis of the market for Rough&Polished, analyst Elena Levina says that despite lower reported trade figures in March, three consecutive months of growth indicate the industry seems to have regained balance.

Levina says polished prices, in certain categories, went up, as did the average rough price per carat, while at the same time, the big producers are said to have maintained the prices they instated last year. Industry sources, Levina continues, are saying that this price stability is again allowing the secondary market to trade at significant premiums.

Referring to the Antwerp March trade report, Levina writes that even though figures were lower than the month before, they returned to the “normal” levels of previous years, while they were significantly lower for the entire second half of 2015. In addition, after a move to restock in the first months of the year, traders are now waiting to see how the resulting polished will affect polished prices before they decide to buy.

Levina concludes that under these circumstances, miners are asking a fair market price for their rough – allowing the midstream to operate at a reasonable profit – and they should maintain current price levels, supporting the new found balance