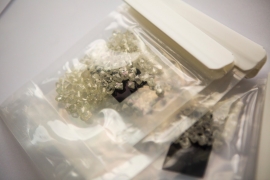 The De Beers Group has officially announced the value of rough diamond sales (Global Sightholder Sales and Auction Sales) for the third sales cycle (sight) of 2016 at a provisional $660 million, while the second sight figure was $617 million. The third sales cycle took place last week. In the first three months of this year De Beers has sold $1.8 billion of rough goods as demand has surged.

The miner said, "Continued stability in polished diamond prices and sales of polished diamonds at the wholesale level supported a reasonably positive environment for rough diamond demand for the third consecutive sales cycle."

Chief Executive Philippe Mellier said: “So far, 2016 has seen significantly stronger rough diamond demand than that experienced at the end of 2015 as the actions taken by the industry continue to have a positive effect. However, we are now moving into a part of the year where rough diamond demand has historically been lower as a result of seasonality, so we continue to adopt a prudent mind-set.”