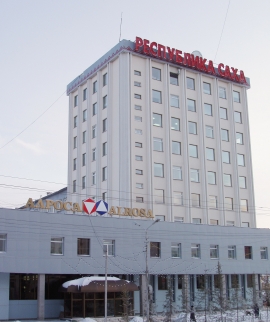 In the context of its 2016 Investor Day (21 March in New York, 23 March in London), ALROSA - the world's largest rough diamond produer - published a document stating that demand for rough diamonds is on the rebound. This comes despite industry voices urging caution, with brokerage Liberum Capital warning that "weak end markets will inhibit any recovery in rough-diamond prices for at least 12 months,” while others say that early 2016 rough diamond sales are too much too early. Nonetheless, as Bloomberg Business reports, ALROSA CEO Andrey Zharkov told investors in London on Wednesday that, "Clouds are disappearing,” and that recovering demand is painting a “bright” outlook for the market. The document accompanying the Investor Days states, "While ALROSA’s diamond sales in 2015 decreased by 30%, in line with diamond market, preliminary sales results for January-February 2016 point to a market rebound."

In 2015, it states, the global luxury goods market continued to grow, albeit at a slower rate, due to lower demand in the Asia-Pacific. China's economic slowdown and correlatively its sluggish diamond jewelry demand has been widely cited as a chief contributor to declining rough sales and an approximately 18% price decrease in 2015. At this point, demand in markets such as China remains subdued. Nonetheless, ALROSA's expectations are that, "demand for diamond jewelry is expected to grow at ~2-4% annually in 2016-2025." This forecast relies on some, "Major assumptions", namely: "USA moderate growth of 3-4% annually; Asia 4-6% annual growth with volatility in short-term; Europe conservative growth of 1% annually, and; Japan growth of less than 1% annually."

In terms of production, ALROSA totalled 38.3 mln cts in 2015, representing 29% of global diamond output, and is targeting output of 34 million to 39 million carats this year. Bloomberg reports that the company, which together with De Beers controls almost two-thirds of the market, may cut production in the summer period to help reduce inventories, according to Chef Operating Officer Igor Sobolev. It may curb production by 5 million carats this year if demand stays soft, he said. Perhaps the most striking statement is that ALROSA expects a demand-supply imbalance to emerge after 2019 (see graph below). ALROSA intends to increase diamond production to over 41 mln cts by 2019, it says, with Severalmaz and Udachny are the key production growth drivers.