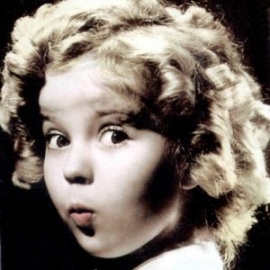 A rare blue diamond ring belonging to the late Shirley Temple, Hollywood’s most famous child actress in the 1930s and 40s is going up for auction starting at $25 million, auctioneer Sotheby’s said Thursday. The 9.54-carat Fancy Deep Blue diamond ring was purchased by Temple’s father for $7,210 in 1940 around the time of the actress’ 12th birthday. A private buyer bought the ring from her estate and is now putting it up for auction. The ring will be auctioned on April 19 as part of Sotheby’s Magnificent Jewels sale, and is estimated to be valued between $25 million and $35 million. Temple became famous as a bouncy, curly-haired young star in 1930s movies such as “Bright Eyes,” “Heidi” and “Curly Top.” The child actress later became a diplomat, serving as United States Ambassador to Ghana and later to Czechoslovakia, and as Chief of Protocol of the United States. Shirley Temple Black died at the age of 85 in 2014.