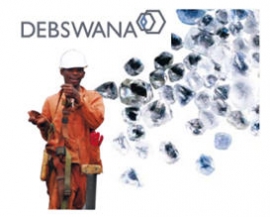 The Southern Times (Southern Africa) reports that the partnership between the Botswana government and diamond giant De Beers faces an uncertain future with opposition parties in the country making repeated calls that it should be terminated. Leaders of main opposition Umbrella for Democratic Change (UDC) say there is need to reconsider the relationship between the Southern African country and De Beers. UDC President Duma Boko said should they assume power, “We would vigorously consider other technical partners for the management of Botswana’s diamond mines other than the current De Beers arrangement.”

Boko said they believe that it is necessary to pursue a fair-minded approach that does not unduly defer to DeBeers even where there is a possibility that there are partners that could assist Botswana generate better revenues and profits from our diamond mines. “This posture is informed by our view that there have been companies, including one in Russia that has been able to perform admirably despite the global economic slowdown and storm against diamonds. This should add hundreds of millions of Pula or even billions each year,” said Boko. It is not the first time the opposition has hinted at ending the long running deal between Botswana and De Beers, writes The Southern Times. In 2014, through their campaign manifesto, the UDC said as a shareholder in Debswana Diamond Company, the government needs to put a more rigorous regime on diamond value management, including process efficiencies and diamond security.