Rob Bates: Difficult Or Not, Transparency Is Sign(et) Of The Times 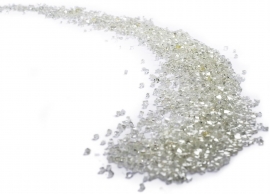 JCK News Director Rob Bates discusses the implications of Jewellery group Signet's announcement that it will start implementing a Responsible Sourcing Protocol for Diamonds, requiring its suppliers to provide diamonds from identified sources, from mine to finger, so to speak. The initiative, which received support from diamond industry organisations such as the World Federation of Diamond Bourses and the Diamond Development Initiative, will be a work in progress, Signet stated, continuously improving. Bates argues that such a protocol will require additional (financial) efforts from the midstream companies sourcing diamonds for Signet, companies that are already under a lot of strain due to the current malaise in the diamond industry. The jewelry giant might have to consider sharing the burden with its suppliers, Bates says. In conclusion, Bates believes Signet's move for more transparency is the right choice, but it will take time and, more importantly, the willingness of everyone in the pipeline to make it work.