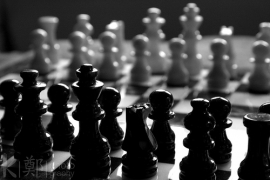 With a touch of hyperbole, The Times of India writes that, "a fierce marketing battle is on the cards between companies making lab-grown diamonds and those producing natural ones to woo consumers across the globe" as demand for diamonds stagnates. The reference of course is to the formation of the Diamond Producers' Association (DPA), a body formed by leading miners De Beers, Alrosa and Rio Tinto which has announced a $6 million marketing "blitzkrieg", and to a new group named International Grown Diamond Association (IGDA) that was formed by some 10 firms making synthetic diamond to promote these synthetic gems across the world. Last week DPA announced the appointment of De Beers Forevermark CEO, Stephen Lussier, as chairman. Lussier is known as a master marketing strategist for popularizing Forevermark diamonds in the world.

Also last week, Gujarati diamantaire based in Singapore Vishal Mehta, CEO of IIa Technologies was appointed as the founding president of IGDA, which includes diamond producers, distributors and retailers. Sources said that IGDA is also planning a global drive to educate consumers about lab-grown diamonds and is strongly harping on the fact that these diamonds are as much as 40% cheaper than the naturally-mined ones. The Indian diamond industry has had issues with illicit undisclosed mixing iof synthetic with natural diamond parcels, leading the GJEPC to form the Natural Diamond Monitoring Committee (NDMC). Diamond industry analysts are looking at these developments from different perspectives. They feel that the producers of natural and lab-grown diamonds have formed separate consortiums to entice diamantaires and consumers alike.