Will Year of the Monkey Bring Luck To Diamond Sales? 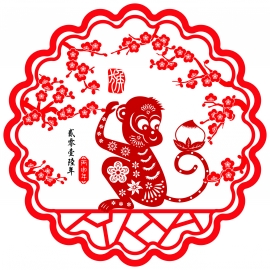 David Brummer writes for Idex Online that the Chinese New Year - the Year of the Monkey - "comes at a bit of a crossroads as far as retail is concerned, both in mainland China and on the island city of Hong Kong." Hong Kong retail sales suffered their worst annual decline last year since 2002, battered by a fall in big spending tourists from the mainland and weak consumer spending. The Hong Kong currency being pegged to the strong US dollar, together with a devalued yuan, has made it more expensive for mainlanders to shop there. This has caused a second consecutive annual decline in retail sales. Sales of jewelry and watches have slumped 16% over the year, and a whole range of additional factors have contributed to a degree of uncertainty.

However, writes Brummer, a growing middle class and increased disposable income has led to projections of Chinese consumption topping $2.3 trillion by 2020. The Hong Kong Trade and Development Centre (HKTDC) writes that China’s share of diamond consumption is expected to increase 20 to 25 percent over the next 10 years. It also said that more than 50% of jewelry sales are driven by weddings, with the bridal market being a unique segment in the jewelry retail industry. A surprising statistic also emerged from a recent De Beers survey: 67% of men in China between the ages 30-44 said that they wanted to own diamonds. There is an opportunity here if brands can not only tap into the existing market, but push the idea of his and hers wedding bands. Interest and receptivity is already high, and perhaps it only needs a gentle nudge to really expand the bridal market further.