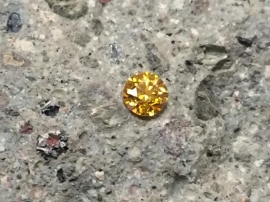 Arctic Star Exploration’s Redemption Diamond Project stands to gain from a royalty sale by Canadian diamond exploration company North Arrow Minerals. With an option to earn 55% of the project, North Arrow has signed a deal with Umgeni Holdings International to sell part of its share of royalties on the property for $800,000. The money would help fund drill programs at North Arrow’s Pikoo diamond project in Saskatchewan as well as the Redemption Diamond Project, located in the Lac de Gras region of the Northwest Territories, approximately 32 km southwest, and 47 km west of the Ekati and Diavik diamond mines, respectively. Pikoo - North Arrow’s 80% owned Saskatchewan diamond discovery, hosting at least four diamondiferous kimberlites - has drilling scheduled to begin in mid-February, with Redemption following in about a month. The goal at Redemption is to locate the bedrock source of the large South Coppermine kimberlite indicator mineral train.

North Arrow’s Redemption option requires the company to fund $800,000 in exploration by August. The full 55% calls for North Arrow to spend $5 million by July 2017. Subject to approvals, the $800,000 sale gives Umgeni a 1.5% gross overriding royalty on diamonds and a 1.5% NSR on base and precious metals for three claims held 100% by North Arrow, as well as a 1.25% GOR and 1.25% NSR on 12 claims and five mining leases now under option from Arctic Star. North Arrow holds sole responsibility for paying the royalties. Umgeni is a private company in which North Arrow director Christopher Jennings is a beneficiary of the sole shareholder. The agreement would also give Umgeni the right to acquire North Arrow’s Redemption interest.