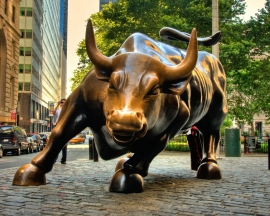 Kieron Hodgson, commodities analyst for British corporate stockbroker and investment bank Panmure Gordon, articulates their bullish position on diamond mining stocks and prices for 2016 and beyond. Coming off a a horrible year for diamond miners and manufacturers, with rough prices falling approximately 15%, Hodgson says they have seen "a serious change in attitude" from diamond producers as a whole, specifying their "very beneficial move" to take goods out of the market, to ensure the goods they make available are those that people want to buy, and not forcing buyers to acquire goods they do not need. "That's a much more solid business model going forward." He also said that, "No other commodity has seen such a supply-side response." But this is not even the reason why they are shifting positive on the diamond asset class.

Unlike most other commodities that rely heavily on Chinese consumption, Hodgson points out that on the demand side 40% of diamond consumption emanates from the US, which appears to be the most robust developed market economy at the moment. This has led to a number of bold calls. In its research note, the brokerage reiterated ‘buy’ recommendations on four diamond producers: DiamondCorp, Gem Diamonds, Gemfields (a coloured gemstone producer), and Petra Diamonds. Firestone Diamonds was raised from a ‘hold’ to a buy. Mineweb's interview with Hodgson is available here.