Edahn Golan on 'The Lost Year' in Rough Diamonds 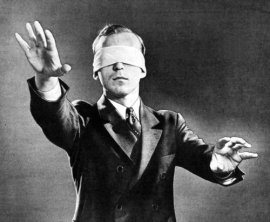 Diamond industry analyst Edahn Golan takes a cold hard look at the diamond industry in 2015, citing the well known issue of inventory buildup throughout the pipeline, but emphasizing the miners' slow response - and only then after their hands were forced by sightholder refusals and even contempt. He writes, "[De Beers] started taking steps and initiatives in earnest only in the second half of the year. We could argue that 2015 was the year of carrying 2014 mistakes. Producers ignored the high inventories and continued to pump rough into the market. If they would have reduced prices and volume early enough – instead of the price hikes – 2015 would have looked very different." It is clear that 2016 needs to see polished diamond prices rise to (at least) former levels, along with a revival of the consumer market, and it needs a concerted effort to dry up inventories to stimulate demand within the pipeline. But at the root of the issue is the need to reduce rough diamond prices.

The question is how to achieve this without increased demand sparking another rough price increase, and without the manufacturers returning to their old ways of buying at any price just so they can trade (and prove their viability to the banks). One option for lowering prices discreetly, writes Golan, is, "A change in assortments that makes box price comparison impossible." He notes that ALROSA is already contemplating doing so, "stepping away from standard assortment mixes and creating what one of their clients called 'tailored' assortments. For starters, it would be difficult to compare prices over time and so discourage talk of being expensive. Also, it would allow the company to reduce prices discreetly and to fit their offerings more accurately to market needs." At the end of the day, "if [De Beers and ALROSA] reduce prices by 10% and keep volumes low in 2016, then we can expect an improvement in the market [in 2016]."

Four (proprietary) graphs in annex paint a clear picture of the rough diamond scenario in 2015.