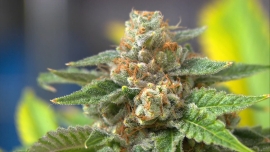 As plummeting commodity prices have forced miners to watch their profits and investments go up in smoke, Mineweb reports that numerous junior miners are shifting away from their core exploration activities to pursue a business with high returns: marijuana. "According to various reports, a few dozen mining companies, mostly Canada-listed juniors, are already active in the marijuana space with others looking to follow." All things considered, this does not seem like a bad idea: the article cites data from US Global Investors that 2014 returns on silver, copper and platinum fell 19.34%, 14% and 11.79% respectively, while an ArcView Market Research report (sponsored by cannabis industry stakeholders) shows that over the same period, the legal marijuana market in the U.S. grew by 74% to $2.7bn, making it the fastest growing industry in the country. As more U.S. states decriminalise marijuana, ArcView estimates that legal marijuana sales in the country will hit $10.8bn in 2019.

With Canada legalising the purchase of medical marijuana in 2014, writes Mineweb, and increasing calls to ease restrictions on medical marijuana usage in other parts of the world - not to mention the growing industrial hemp market - it is clear why the cannabis market is gaining the attention of potential producers. "A May 2014 presentation by Green Swan Capital Investments likens the potential effects of the decriminalisation of marijuana across the world to the 1933 end of Prohibition in the US, stating 'vast legal fortunes will be generated'." This Reuters report from last August states that Health Canada estimates that the Canadian medical marijuana industry will reach C$1.3 billion (US$987 million) in a decade. It also says that marijuna farming is not the only new field for mining companies, as Canada's Century Iron Mines started a new venture to distribute Australian eggs in Hong Kong, Macau, and potentially mainland China, while Sabre Graphite bought DraftTeam, a website offering fantasy sports games.