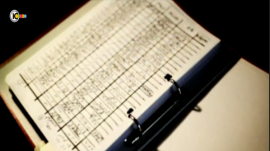 Israel's Channel 10 has aired a hard-hitting investigative program on the Israel Diamond Exchange, particularly the methods used by a so-called underground bank which operated from 2005 to 2011 until police raided its offices. Although many details of the case had previously been reported, Channel 10's use of CCTV footage from cameras secretly installed by the police before officers carried out the raid and details from a Red Book showing the names of some of the diamantaires said to have used the bank's services are likely to have made a particularly strong impression on viewers. Among the best-known names mentioned are former presidents Shmuel Schnitzer and Avi Paz, Schnitzer's former deputy Jacob Kattan, Meir Dalumi, Ofer Mizrahi, Asher Gertler (Schnitzer's brother-in-law), the Poligem, Royal Gem and A.A. Rachminov firms, LLD which belongs to Lev Leviev, Beny Steinmetz, and newly elected president Yoram Dvash, the program reported.

The presenters, veteran journalists in Israeli political and legal affairs, said they were shocked with the results of their investigation and claimed Israeli authorities had closed their eyes and ears to what was going on at the exchange, claiming it was like 'a state within a state'. They claimed that on the day the police raided the underground bank, the owners received a call 20 minutes beforehand and were able to shred many documents. "Diamantaires and the law don't always go together," claimed the weekly program called 'The Source'. Prosecutors explained that the court case involved 100 boxes of files, 300 hours of CCTV footage and 1,000 recorded conversations. Due to issues related to resources, prosecutors only summoned diamantaires mentioned in the Red Book who had more than $1 million of business recorded with the underground bank. Scores of prosecutions have been served.

The business was established by Menahem Magen and Doron Elad. Magen was sentenced to four years in prison while Elad's trial is continuing. A court heard earlier this year that the bank acted as a sort of foreign currency exchange without the required license, all while acting under the guise of a diamond-selling business. It also managing fictitious accounts, charging commissions for each transaction and laundering 250 million shekels ($64 mil.) annually. It did not make the required reports to the anti-money laundering authorities as it converted diamantaires' buying notes for goods and checks into cash.

Police made progress on the case after receiving thorough details from Magen who presented them with a 'Red Book' - a file containing the names of scores of diamond firms using the bank and fictitious receipts from diamantaires. The bank provided loans to firms using money taken from other companies while pretending it was legally buying and selling diamonds, thus 'cleaning' more than $260 million of illicit money. Magen, and other diamantaires interviewed, said that tens of firms used its services, which were well known throughout the exchange. Meir Ohana, another defendant in the case, was convicted of laundering checks and creating fictitious accounts as well as moving cash abroad under the cover of importing diamonds - without reporting any of it to the tax authorities. The business is estimated to have laundered at least $100 million. In addition to a 10-year sentence, Ohana will also serve a two-year term on probation and pay a fine of one million shekels ($260,000).

Diamantaire Ilan Barbi explained how the system worked and claimed that it led to the downfall of the bourse. The IDE outlawed the use of notes in 2006 which Barbi said was useful for PR purposes only. Ultra-Orthodox diamantaires played a large role in the transfer of funds, the program said. Other diamantaires said the bank was absolutely needed in the exchange in order for many companies to survive, particularly following the financial crash of late 2008 when liquidity dried up. Some diamantaires said the fact that their names were in the book did not mean that they had been involved.The program addressed other financial issues such as diamantaires' creative accounting for paying employees, and the tax paid by diamond firms, which is based on turnover.

Anyone wishing to deal diamonds in Israel must agree to work within the bourse and adhere to the IDE's rules - particularly corncerning arbitration that deals with illegal issues that the courts will not touch. Conveniently, the arbitrators are other diamantaires who may also be acting illegally, and the recorded meetings were often economical with the truth, while arbitrators decided what would be written down. The program also claimed that Diamond Controller Shmuel Mordechai did not do enough to check what was going on at the exchange. Mordechai explained he was not able to check the goings-on of 3,000 members of the IDE. Furthermore, the program revealed that Israel's Finance Minister, Moshe Kahlon, intervened in the recent IDE elections, openly supporting Dvash for president. The Channel 10 journalists also suggested that, with the connection between the men made public, Kahlon would have to recuse himself from any issues where the IDE asks for official assistance.

Magen and other defendant Meir Anavi claim that there are at least two more banks operating under the same methods and with a bigger turnover than the underground bank.

Replying to the issues raised by the program, Finance Minister Kahlon said that whoever was elected president would receive his help wherever possible. He was certain that IDE officials would act properly. The IDE said its members act according to the law and denied the implications of the Red Book, which suggests that everyone mentioned therein was dealing with the bank. IDE also claimed that its management has no information about any other underground bank. They also say that claims regarding arbitration are misleading, made by frustrated diamantaires who lost cases, and that it does not deal with cases involving illegal activities. Shmuel Schnitzer claims that he acts in full accordance with the law, and despite the fact that he is mentioned in the Red Book, his dealings are fully legal. He denied knowing Magen and knowing about the illegal bank.

The Israel Diamond Exchange's newly elected president Dvash said that the program slandered him, that all his financial dealings are completely legal, and that being mentioned in the Red Book does not provide evidence to the contrary. Dalumi, LLD, Steinmetz and others also rejected the claims made.