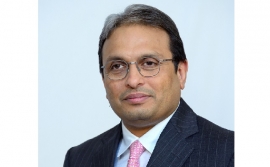 IDEX India conducted a wide-ranging interview with Russell Mehta, vice chairman of the Gem and Jewelry Export Promotion Council (GJEPC), and CEO of Rosy Blue (India), about the current state of affairs in the Indian diamond industry. The single biggest challenge, according to Mehta, is the ‘ease of doing business’. "There are a lot of compliance and tax issues that have come up and members complain that bureaucrats interpret the laws differently." Mehta wants to make India a more efficient and easier place to do business, and advocates the introduction of a 'Presumptive Tax' based on turnover, irrespective of profit. A similar diamond tax regime is still pending in Belgium, and Mehta says that "the task forces have said that a presumptive tax is the most efficient way of collecting taxes from the diamond industry."

Asked about several recent incidents with undisclosed diamonds, Mehta referred to the sheer numbers of people in the Indian diamond industry, so the issues seem greater "even if the percentage of such ethically and morally corrupt people may be same or lower in than the other centers." He praises India for its transparent approach to unethical behavior: "in India, we put things into the open ... We have demonstrated such openness when it comes to undisclosed mixing of synthetics also. We need to give credit to India where it is due that we do not push such issues under the carpet and are vocal about it so that we can find solutions," adding that "Ethics regarding the mixing of synthetics with natural diamonds is non-negotiable."

Exclusion and detection of synthetic diamonds

Asked about the decision by the Bharat Diamond Bourse to ban lab-grown diamonds completely, Mehta clearly indicated that he is against such exclusion. "My personal belief is that if there is proper disclosure and business is being performed in a moral, clean and ethical way, we should let the final consumer decide what he or she prefers or would like to buy. The customer has a choice. Who am I to decide what he wants ... They have a right to access the market, as long as they are ethical and they are not mixing with natural stones ... It is already a reality and the natural diamond will have to learn to live together with synthetic diamonds." He emphasizes the need for segregated pipelines, and strongly avocates intensified research on synthetic detection, stating, "I am concerned by the fact that the technology to make synthetic diamonds is improving faster than the technology to detect these stones."

Mehta recognizes the need for a generic marketing campaign, but "was disappointed with the amount of money that the Diamond Producers Association was given [$6 million]." One suggestion was for the Indian industry to raise their own funds and then make a case to the major producers about cost sharing. Concerning the market, "I have learned that ‘things are neither as bad nor as good as one feels it to be’." He believes that the current market challenges are cyclical, but also feels that companies must adapt to 'the new normal' with greater efficiency and business acumen. Then again, "perhaps there are simply too many of us. There could be consolidation. But every industry goes through this. We think we are unique and that only the diamond industry has problems."

At the end of the day though, it all comes down to romance: "There is a market for diamonds – women still like them and men would still like to propose with a diamond ring ... I like the idea that there will still be the romance of diamonds, and that [the full-commoditization of diamonds] is perhaps not the right answer."