Cybercrime in the Jewelry Industry: Forewarned is Forearmed 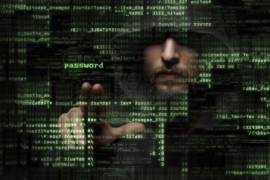 Rami Baron, president of the Diamond Dealers Club of Australia and CEO of jewelry insurer Q Report, warns about the proliferation of cybercrime in the jewelry industry. "There isn’t anyone I know who hasn’t had some sort of cyber fraud inflicted on them, or at least knows someone close to them who hasn’t suffered a loss," he writes. "The diamond and jewelry industry is easy pickings", adding that, "We all recently saw the GIA get hacked. Is your security better than theirs? Maybe… maybe not." Baron writes that as nearly all businesses now have an online presence - websites, databases and client lists - they are all automatically exposed. "Every internet entry point to our business is like a door, no matter how big a lock you put on it, it’s as vulnerable as our safes; someone can get through it if they want to. The problem with the web is that the majority of us have so little knowledge", and consequently underestimate the threat.

Baron cites several prominent cases, such as Sony being hacked and their customer's details stolen, and warns that it could happen to you: "A good hacker could get in and out, you wouldn’t even know it, and they’d sell this information to your competition." He admits to scaremongering, but says it is critical that people wake up and take security measures. "I was in Antwerp recently and attended a lecture about cybercrime and a specialised cyber insurance policy being offered by Driesassur Insurance brokers. It made me realise how exposed we all are." We reached out to CyberContract to get a sense of the scope of the problem. Koen Druyts told us, "If cybercrime was a country, the G7 would again be the G8. It is responsible for more illicit money than all the drug trafficking in the world combined." He also detailed how a seemingly minor data leak can lead to reputational damage, loss of income and ultimately resignations from the board of directors. "Traditional diamond heists might grab the headlines, but that is nothing when compared to online fraud."