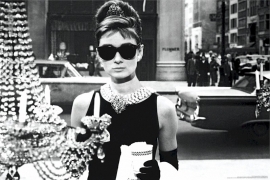 Tiffany & Co reported a surprise drop in quarterly sales and forecast a bigger fall in full-year profit than it had expected earlier as a strong dollar hurt tourist spending in the United States and reduced the value of sales from other markets. The company, which has raised prices to offset the impact of a strong dollar, said worldwide comparable sales fell 5% in the third quarter ended Oct. 31. On a constant-currency basis, comparable sales rose 1%. The dollar rose about 12.5% against a basket of major currencies in the year ended Oct. 31, hurting companies that have big exposure to markets outside the United States. "Volatile, uncertain economic and market conditions in the U.S. and other regions are affecting consumer spending, causing us to maintain a cautious near-term outlook," Chief Executive Frederic Cumenal said in a statement.

Tiffany said it now expected earnings to fall by 5-10% in the year ending Jan. 31. The company had earlier forecast a 2-5% decline. Revenue fell 2.2% to $938.2 million against analysts' expectations of a 1.2% rise. Meanwhile, shares of the upscale jeweler, which gets more than half of its sales from outside the Americas, fell 4.4% to $73.19 in premarket trading on Tuesday.