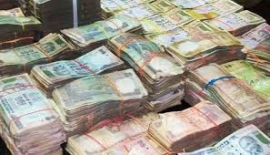 The Indian government is working to curb domestic flow of black money by plugging gaps in regulations. The Central Board of Direct Taxes (CBDT) is looking to rationalise income-tax rules; the move includes widening of coverage for mandatory quoting of permanent account number (PAN) for specified transactions. Also, it is considering expanding the scope of mandatory annual information returns (AIRs) for third-party agencies, to capture greater information, in line with the government's efforts to build a large database for checking tax evasion and the flow of black money in the economy. "To curtail the flow of domestic black money in the economy, we are working to strengthen capture of information by rationalising two rules under the income-tax act - mandatory issuance of PAN card and the mandatory annual information returns," said a government official. Finance Minister Arun Jaitley pointed out last month that the bulk of black money was still within India. A change of national attitude is needed, so that plastic currency became the norm and cash an exception. "…the government is working with various authorities to incentivise this change," he said.