DiamondCorp Encounters Delay, Not Setback, At Lace Mine 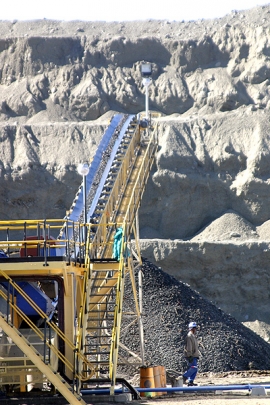 Diamond mining and exploration company DiamondCorp has announced a likely four-month delay to their underground development at the Lace diamond mine in South Africa as a result of poor ground conditions, but CEO Paul Loudon is "sanguine" that the delay will not amount to a setback. DiamondCorp states that, "challenging ground conditions have been overcome with the installation of steel arched sets which provide a safe canopy for employees and equipment from potential falls of ground... . However, the time taken to install the sets and make the area safe has resulted in a delay to the blasting of the slot drive from which the initial tonnage ramp up commences. This delay will result in cashflow pressure on the Company's 74%-owned operating subsidiary Lace Diamond Mines in Q1 2016 when debt repayments are due to commence."

Proactive Investors UK writes that their shares didn’t fall more heavily because what has been achieved at Lace over the past year or so is really quite considerable, and the market knows that in the start-up of any mine there are bound to be one or two glitches. This is also why, "although not exactly delighted about the delay, DiamondCorp’s Paul Loudon is relatively sanguine about the consequences." They also note that reactions from the company’s primary lenders and black economic empowerment partners have been “positive” with regard to debt repayment. “We undertook to create 230 jobs,” says Loudon. “It’s now at 260, and we’ll have 300 when the mine is up and running.” And after all, what we’re talking about here is a four month delay for a problem that’s already been rectified, not a major setback to the overall plan.