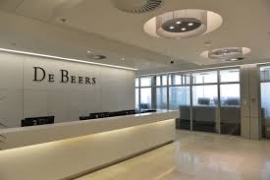 The scuttlebutt surrounding De Beers' multi-tiered pricing mechanism and sweetheart deals for select sightholders at its October sight is nearly certain to shake up the rough diamond market and may potentially ignite a price war, writes Chaim Even-Zohar in his latest Diamond Intelligence Briefing, even though he acknowledges that this would be "self-defeating". The premise is that "arbitrarily awarded discounts are catastrophic for diamonds", yet this is precisely what De Beers did in October, prompting outrage and frustration among sightholders and essentially guaranteeing the rough prices from all producers will decline by 7-10% the next time around.

As Even-Zohar explains, De Beers' de facto multi-tier system left sightholders that bought a box wondering if others paid the same price. When 50-70% of boxes were rejected, De Beers made 'deals' by selling 'specials' (large stones) to select clients  at heavily reduced prices, "provided these customers would take the very same boxes they had refused earlier." Those who got these deals promptly sold on the open market the goods they had initially rejected at prices well below the De Beers list price. Those remaining 'loyal' to De Beers and buying at list price got burned, while those who first refused got a better deal - a situation not likely to happen again. For as Vinod Kuriyan summarizes, "This means that buying rough at a De Beers Sight holds the potential to lead to losses between 7-10%. In turn, this means that banks, who have financed prudent diamantaires through the current difficult times, will be reluctant to finance rough purchases at a Sight in future." Things are no better for ALROSA clients that are struggling to buy the required 50% of contracted allotments as prices asked by ALROSA (benchmarked against the De Beers Sight system) are also too high.

Even-Zohar writes that, "in an oligopolistic market [such as the diamond market], the producers naturally avoid price competition." Because of their interdependence and concern to not lose market share, they agree to compete on non-price factors - otherwise, eveyone loses. But because of De Beers' de facto unilateral price reduction in October, because some sightholders called their bluff and won, now everyone will now be forced to lower prices going forward, as anyone who holds on to current rough price levels will almost certainly lose market share. In short, it seems the impending price war has already been fought and won: Zohar concludes that the power has now clearly shifted from the producers to the manufacturers. Sightholders - all of them this time - will almost certainly negotiate very hard at the next sight. "Refuse a box - and negotiate a better deal."

Chaim Even-Zohar also addresses a multitude of other issues in his article - from the Supplier of Choice system to tacit price collusion, European anti-trust considerations and thoughts on how the system will develop moving forward.