Commodity Trade Financing: As Banks Step Out, Non-Banks Step In 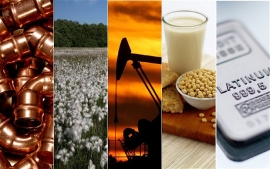 The Economist reports that traditional banks, who used to finance the commodity trade for an average annual US$ 14 trillion, are stepping out of the game due to increased regulation, the threat of huge fines for serving shady customers and the high cost of vetting new clients in terms of compliance. New players, eg smaller banks in the Gulf, are profiling themselves as new players, although they are often too small to handle large transactions, The Economist says. Non-banks, such as specialist investment funds and big commodity-trading houses are also showing interest and have the advantage of being subjected to much less limits on their lending, while at the same time they are leaner and more entrepreneurial compared to traditional banks. Non-bank financing of commodity trade could account for US$15-20 million in transactions this year, a small but fast-growing market share, The Economist concludes.