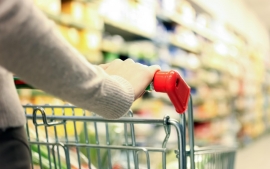 In his blog on the top 10 issues the diamond industry is facing in 2015, industry consultant Ben Janowski takes an in-depth look at the new consumer.

The summer break is over, and we are facing a Fall season that does not seem to have much momentum.  Last time, I wrote about retailers' issues, though there is much more one can say on that subject. Now, let's think about the consumers.  Where are they?  Who are they? And will they show up this season?

There is plenty of evidence that the public we have grown so accustomed to in the Consumer Age has evolved, or is evolving, into a very different public, one that has reset some values and taken a hard look what it takes to earn a dollar, and just how to spend that dollar.
Maybe the best way to begin to describe this transforming mindset of the public is to make a list of what we see.

1. Keeping up with the Jones's is dead.  Acquisition for its own sake, and to show off what we own is no more, though personal satisfaction is still there.  So that means that what you own means less than what you've done and where you've been.  (I exclude the super-rich, who still buy 100-foot yachts.)

2. In turn, that means, for many affluent families, that experientialism is in, big time.  Cruise ships are getting bigger and bigger (ugh!).  Rafting on the Amazon River, climbing Mt. Kilimanjaro, and hiking the entire Appalachian Trail is in.

3. Casual dress is now universal.  Gourmet restaurants have trouble getting men to wear jackets, never mind ties.  Getting dressed up is now for weddings and opening night at the Metropolitan Opera.  And, I should add, at weddings, where the diamond still plays a big role.

4. Casual attire translates into accessories being cheap and essentially disposable - or, at least, convertible.  Rings and earrings can be hung on a neck chain.  And necklaces can be worn as bracelets.  A woman can use that when the outfit for the day is heels, tights and a t-shirt.  The recent growth of the costume jewelry business, and a decline in what is being spent on the average jewelry purchase, bears this out.

5. That, naturally, translates into lower average tickets for retailers.  Even with higher margins on lower-priced pieces, getting to an operating break even is harder than ever.

6. Only about 60% of working age Americans now have jobs, and many of those are either part time or well below historic hourly wages for many people.  Moreover, average wages have actually declined in the last five years, adjusted for inflation, after stagnating for about 30 years.  And, of course, among the working population many have had to move to lower paying jobs.

7. As has been going on for decades, the middle class (where the jewelry industry really lives) has been in steady decline.  Either people have managed to climb up, or have seen their standard of living decline substantially, which is the predominant case.  These are not free-spending buyers of luxury products.  $15 minimum wages are a great idea, long past due, but those kinds of wages mean people can survive, not splurge.

8. This change is not necessarily the result of greed, or of ridiculously high executive salaries, in spite of the political issue that has become. It is the result of booming technology that has steadily extinguished jobs, and the need for people.  Companies constantly look for ways to reduce "head count."  Robotics is how the US will remain a high tech, low labor manufacturing society, while high tech startups hire handfuls of people as compared to assembly line factories. Expect this issue to only get bigger.

9. As for those people that have jobs, many have learned a bitter lesson living through the Great Recession, which still lurks about everywhere.  They have seen families crushed by job losses, or experienced unemployment themselves.  The financial and legal industries, two instances where people earned big wages in the past, have seen steep drops in employment.  In both examples, technology and outsourcing have had a hand.  What better sign is there of a basic restructuring of labor and productivity than the Fed's reluctance to raise interest rates in spite of years of economic stimulus?

10. If anything, those still earning good wages now consider money in the bank and avoiding debt as priorities.  Jewelry or a weekend house in the country are further down the list.  A fascinating study conducted by MasterCard, which has access to deep knowledge of how people spend money, revealed that spending habits have radically changed, even as banks continue to believe that consumers continue to shop as they have before.This study, to give one example, showed that the number of credit cards carried by a consumer or family, has declined since the advent of the recession, from seven to four.  Those four are typically a loyalty card (like a department store), a cash-back or points card, and a cash management card.  Consumer debt has fallen a great deal as people have deleveraged, and now  use cards to extend payments for short periods.  MasterCard calls these buyers "Transactors" who manage their cash flow, rather than becoming long term borrowers.  There are far fewer long term, high interest, maxed out cards.  That is where banks really made their money in the past.  The credit card business is about to undergo big changes and far more competition.The public is thinking save first, then spend.  So what might have been a $5,000 sale in jewelry some years ago, might now be $2,000.  It would be foolish to think that these changes in consumer mindset are going to revert to what it used to be.

11. Millennials (and now the upcoming Gen Z!) are the customers of the future, and already have an important impact on our economy.  But they carry a burden that was practically non-existent in the Boomer years, educational debt.  It now comes to over $1 trillion.  What the Millennials are learning is that paying interest can be managed, as persistent as it may be, but paying off principal is really tough.  And even though most of the debt keeps being paid off, everyone - including friends and family - sees how a debt burden can hurt.

12. Finally, we have to add that the cost of materials needed for fine jewelry puts too much of it out of reach for too large a percentage of the public, hence the rise of costume or near-costume jewelry.  This is educating the public that alternatives are OK, that we can accessorize perfectly well without breaking the bank.  It will, in my opinion, lead to a greater shift to man-made materials in the coming years, as I wrote about earlier this year.
When we consider all these factors (and more) we inevitably come to the conclusion that we are undergoing a societal change that has begun to alter how the economy works.  In jewelry we saw an explosive expansion during the Age of Acquisition, roughly from the early '60s to the mid-'80s.  There was a rapid expansion of malls and strip centers, and the supply side expanded accordingly. That expansion halted and reversed starting a dozen years ago, and continues today.  The US is a fully mature market and as retailing continues to evolve in response to the demographic changes just described, we will see new winners emerge at the same time that many traditional retail formats fade away.
As I have often said, jewelry isn't going away.  The signature transaction, the engagement ring, is  still there and strong, though it needs to be nurtured as more and more affordable "alternatives" rise.
This coming season, maybe next year's as well, will be pivotal for many people.