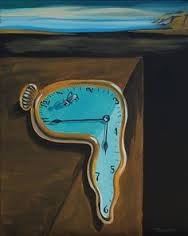 The surging Swiss franc and weakness in a number of key markets - particularly Asia, where demand has faltered in China and Japan, and collapsed in Hong Kong - is taking its toll on Swiss watchmakers. Other markets have also proved difficult: a stumbling rouble has hit Russian demand, and sales in the UAE, an increasingly important market, have declined. Aldo Magada, chief executive of Zenith, one of LVMH’s brands, says, “There has been a loss of confidence among consumers in general because they don’t know what will happen with the economy.” The overall slowdown has not been dramatic, with sales down 1.2% for the year, but this falls far short of the anticipated 4 - 7% growth, causing analysts to shift expectations toward flat growth.

The European and the U.S. markets have proven resiliant, but the Asian market has fallen sharply. FT reports that so far this year, Swiss watch exports to Hong Kong, the world’s largest watch market, are down 20.8%. While the underlying softening of the Chinese economy is certainly a significant factor, analysts also cite the swift appreciation of the franc as major drag on sales.